Read all our latest articles 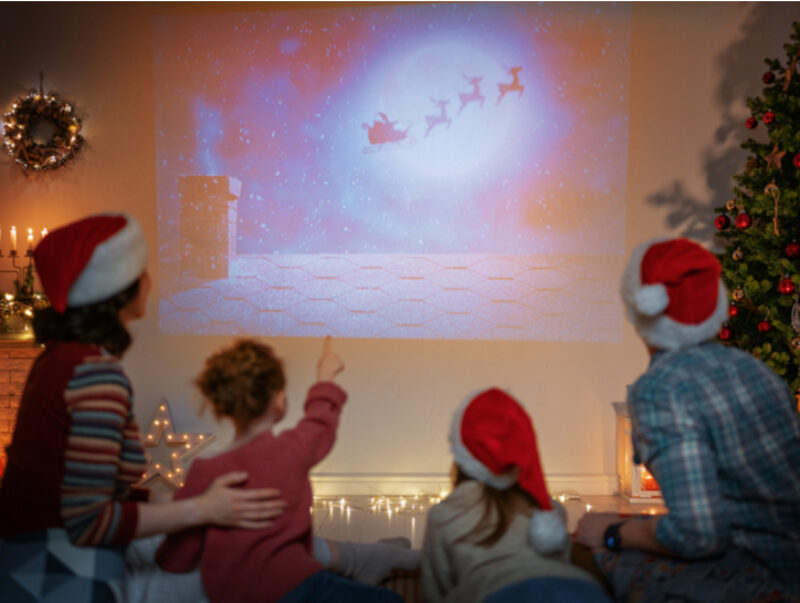 From yuletide classics such as It’s a Wonderful Life to modern favourites like Love Actually, there is no end to the great festive films to watch with the family this Christmas.

Here are seven of the best.

This 1946 film starring James Stewart and directed by Frank Capra is one of the most-loved Christmas films of all time.

George Bailey (Stewart) is a family man contemplating suicide after a mix-up at his Uncle’s loan company. Wishing he had never been born, he is visited by Clarence Odbody, his guardian angel.

Clarence helps George to understand how much he means to his family and the fellow residents of his hometown of Bedford Falls by confronting him with an alternative reality in which he never existed.

Witnessing first-hand the different paths taken by those close to him, George comes to understand the impact he has had and wishes only for a return to his old, wonderful life.

A feel-good film for all the family, It’s a Wonderful Life was nominated for five Academy Awards.

Another perennial Christmas favourite, Miracle on 34th Street was remade in 1994 and starred Richard Attenborough in the main role. The original 1947 release stars Maureen O’Hara, John Payne, and Natalie Wood.

The story follows Kris Kringle (played by Edmund Gwenn), who gets the job of department store Santa at Macy’s department store in New York when the former occupant of the role is found drunk.

Miracle on 34th Street won three Academy Awards, including for Gwenn’s performance as Kringle. It’s another festive classic, sure to keep the whole family entertained this Christmas.

More of a cult classic than a cinema great, Santa Claus: The Movie was received negatively on first release but has since built a dedicated fanbase and become a staple of many Christmas households.

An exhausted Santa holds a competition to find an assistant. Patch’s highly automated solution wins out but on Christmas Day his toys fall apart, prompting him to leave the North Pole in shame. Vowing to win back Santa’s trust, Patch teams up with the unscrupulous BZ.

Fun, silly, and not to be taken too seriously, Santa Claus: The Movie is a great watch for kids of all ages.

Home Alone (1990) introduced worldwide audiences to Kevin McCallister, the forgotten sibling left home alone at Christmas. Two years later, the McCallister’s once again find themselves a child down at Christmas in this delightful sequel.

This time, young Kevin makes it to the airport. While his family board a flight to Miami, he ends up lost in the Big Apple. There, he bumps into two familiar faces.

Reuniting the original cast – plus Tim Curry, Brenda Fricker, and Donald Trump playing himself – Home Alone 2 features all the slapstick fun of the original. The story involves a Central Park bird lady, a toy shop heist, and the requisite booby traps – this time in a New York townhouse undergoing refurbishment.

Arnold Schwarzenegger returns to the comedy roles of films like Kindergarten Cop and Twins for this Christmas action-comedy.

Schwarzenegger stars alongside Sinbad as a father frantically trying to fulfil a promise to his son to buy him a Turbo-Man action doll for Christmas.

As the two father’s battle to get their hands on the much-sought-after gift, they’ll face undercover cops, counterfeiting gangs, car thieves, and a race against time.

Irreverent Christmas fun, the film spawned a straight-to-DVD sequel in 2014.

Elf stars Will Ferrell in the title role. Buddy is a human, raised among Santa’s elves at the North Pole. Struggling to fit in, Buddy sets out for New York to meet his biological father, whom he has discovered is on Santa’s naughty list.

Equally out of his depth in human society, Buddy attempts to raise the city’s Christmas spirit, redeem his father, and prove to disbelievers that Santa Claus is real.

Following the lives of eight couples and their families and friends in the run-up to Christmas, Hugh Grant stars as British Prime Minister, David, alongside Alan Rickman, Emma Thompson, Colin Firth, Bill Nighy, and Kiera Knightley among countless others.

Funny, heart-warming, and packed with instantly iconic moments, it’s a must-watch this Christmas. With its 15-certificate, though, it’s not necessarily suitable for family viewing.

Meet the Team: John White – Reassessing what matters most

Dos and don’ts of Christmas spending

If you’d like to speak to us or book an initial meeting, you can contact us directly or, alternatively, drop us a message using the form opposite.